Was your elderly loved one sexually assaulted in a Pennsylvania nursing home? Our experienced attorneys are here to help. We understand the powerful and painful wave of emotions you must be experiencing now – shock, anger, rage, despair, disbelief. These are natural reactions to have after learning of a terrible trauma. 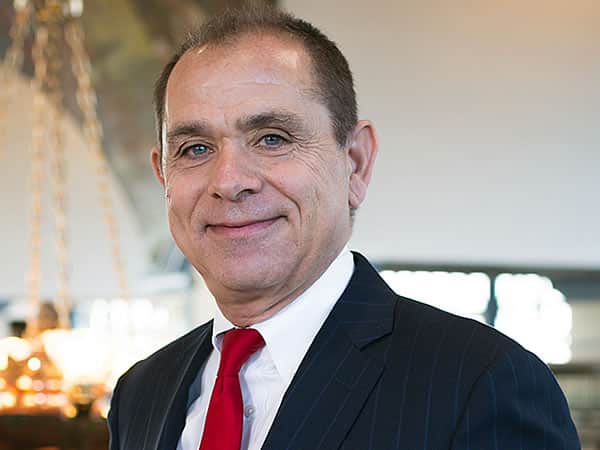 Despite the fact that thousands of elderly individuals in this country suffer sexual abuse every year, this major problem is still one of the most under-reported and least-acknowledged forms of abuse against the elderly. Things must change. You can make a difference.

We believe that your loved one deserves justice. Sexual assault – unwanted sexual contact of any kind – is unacceptable. This is especially true when the victim is an elder or senior, the most vulnerable members of American society. You deserve answers. How could this have happened? Could more have been done to save your loved one? Is the nursing home responsible? These are questions we can help you answer.

There is still so much we don’t know about the sexual abuse of the elderly, a field that sees little research. Due to their fragile state, many victims of elder sexual abuse are unable to step forward and report their mistreatment. Seniors often suffer from medical problems, including dementia, that make it extremely difficult to communicate their suffering to others. Memory loss and confusion compound the problem.

If your loved one is being sexually abused in a nursing home, they are not alone.

What Is Elder Sexual Abuse?

Women are about six times more likely to be victims of elder sexual abuse than men. Despite being shockingly common, only around 30% of elderly victims of sexual abuse over the age of 65 years actually report the abuse to the proper authorities.

The question of consent is difficult in cases involving elders, because many seniors, due to dementia or mental illness, are unable to communicate their consent. If an elder has not consented verbally to sexual contact of any kind, it is abuse, plain and simple.

The typical signs and warning indicators of sexual abuse in the elderly can be either physical or behavioral or both. Common warning signs include:

Needless to say, encountering any of these warning signs is deeply disturbing. We understand how difficult this can be. You don’t have to go it alone. Let our experienced team of nursing home abuse attorneys help your family. We are here for you every step of the way.

There is little research on this topic, but sexual abuse is most likely to be committed by someone who is allowed to remain alone with the elder. Studying this topic is made more difficult by the fact that many victims of elder sexual abuse are unable to communicate enough to identify what happened to them or who did it.

In our own case history, our attorneys have encountered cases in which sexual abuse against the elderly was committed by friends, family members, other nursing home residents, nursing home staff members and live-in nursing aides. Statistics from the Pennsylvania Coalition Against Rape bear out this intuition, having found that about 80% of elder sexual abuse is perpetrated by a caregiver to the victim.

Needless to say, nursing homes can be held accountable for allowing sexual abuse to occur. In the event that a nursing home staff member abuses a resident, the facility can be sued for damages for failing to adequately supervise the employee. If another resident sexually abused your loved one, the nursing home may still be held liable for a lack of supervision.

Sexual abuse victims have the right in Pennsylvania to file a lawsuit against nursing home or assisted living facility after the abuse has occurred. Nursing homes are obligated to protect residents from harm, including the harm of sexual abuse.

What Happens After Sexual Abuse In A Nursing Home?

Nursing home employees are mandatory reporters under Pennsylvania law. If a nursing home staff member suspects that sexual abuse or assault is taking place, they are required by law to report their suspicions to the proper authorities. Once reported, the elderly victim will be assigned to a government-employed caregiver who is in charge of investigating the case. This investigator will talk to the senior to figure out what happened.

In the event that the case of elder sexual abuse is corroborated, the resident will be moved to another healthcare environment and removed from their current living situation. They can also receive anxiety medications and sexual abuse counseling at this time.